Getting Started With Premake 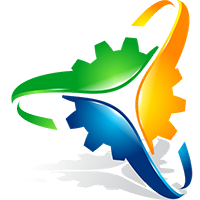 This initial post will cover what Premake is, why you should use it, and provide an example project you can download and try out for yourself.

Future posts will expand on the provided example by walking through the process of setting up more complicated premake configurations, such as cross-platform libraries and dependencies.

Why Use a Build Configurator?

Maintaining separate Makefiles and Visual Studio Solution files for cross-platform projects, or storing Visual Studio Project files in version control such as Git can be a pain.

Several build tools exist that allow us to avoid these issues. CMake is widely used, but tends to have a high learning curve and uses a Proprietary scripting language.

This post will discuss Premake5: A Lightweight, Open-source, Lua-based alternative to CMake.

As with CMake, Premake allows you to define the structure and contents of your project and then dynamically generate whatever build files (Makefiles, VS Solutions, Xcode Projects, etc) you need at the time.

At the core of Premake is a premake5.lua file that describes your project (what programming language it uses, where to find source files, what dependencies it has, etc.). ‘premake5.lua’ is to Premake what is ‘Makefile’ is to GNU Make, and what ‘doxyfile’ is to Doxygen.

Once you have a premake5.lua file, you can run the premake executable to generate your desired project files. For example:

This guide will be covering Premake5, the latest version. Official documentation can be found on in a wiki on github: https://github.com/premake/premake-core/wiki.

NOTE: if you ever search the web for premake questions, and see older resources on bitbucket or the ‘Industrious One’ forums, please ignore them. They are old and almost certainly out of date, often referring to Premake 4.

To help with the learning curve, I’ve provided you with an example Premake5 Project that will compile a simple ‘hello world’ program for Linux, MacOS and Windows: https://github.com/JohannesMP/Premake-for-Beginners

To use premake you will need to be familiar with basic LUA syntax. You will not need to install anything to make LUA work for premake - It is entirely contained in the tiny premake5.exe executable.

If you have never used LUA before, you can refer to the LearnXinYminutes LUA page, or The Lua Crash Course. I have also included a heavily commented version of premake5.lua which covers the relevant basics. You will not need to know more than basic LUA syntax.

To Build a Makefile on Mac or Linux

Check out the Output

Please read through the premake5.lua_commented.lua file for a detailed breakdown of everything that is happening in the file.